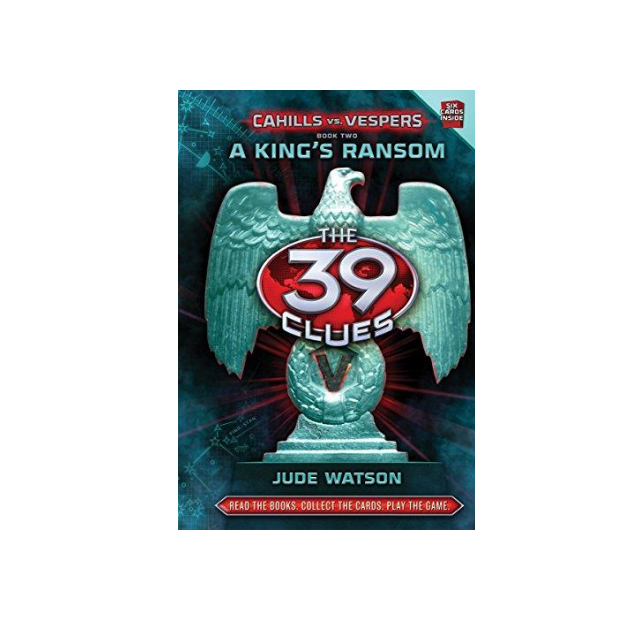 The 39 Clues: Cahills vs. Vespers book 2: A King's Ransom

When seven members of their family were kidnapped by a sinister organization known as the Vespers, thirteen-year-old Dan Cahill and his older sister, Amy, vowed they'd stop at nothing to bring the hostages home. But then the ransom comes in and the Vespers demand the impossible. Amy and Dan have just days to track down and steal an ancient map. The only catch? No one has seen the map for more than half a century.

Now Amy and Dan are on a desperate search that will lead them to Nazis, spies, a mad king, and some of history's dirtiest secrets. It's the race of their lives... and one misstep will mean certain death for the hostages.